Your stories and pictures from Happy Birthday R.J.

(Go back to the main Happy Birthday R.J. page)

"We played Happy Birthday R.J. for new year's – and here we are, eight months later, still talking about it and planning our next event! Everyone had an absolute blast and this activity made our new year's one for the memory book. I've done a few murder mystery parties through other companies and they don't even come close. The complexity of these games adds so much and yet it's no more difficult to play. It really makes sure all the characters are fully engaged and have a goal, regardless of whether they think they could be or know the murderer. "
Leighanna Folger, United States

"We've just finsihed playing Happy Birthday R.J. last weekend and the night was very interesting to say the least! Everyone who came was dead excited and couldn't wait to get their teeth into their individual goals and objectives plus solving 3 crimes…
We did have an eventual winner in the woman who played Dolly Douglas which means the girls are beating the boys so far after playing 2 years worth of freeform murder mystery games. Girls 2 Boys 0!
When the victim (who I won't mention here as to not spoil it for the rest of you) was killed we created a great scene in doing so. The lights were turned out, birthday cake lit, candles blown out and then bang! A shot in the dark, the victim falls to the floor clutching his/her chest, fake blood oozing between their fingers! HEHE! Not to mention the innuendos about horses!
So thanks once again for a great night and see you next year! "
Nick Eccles, United Kingdom

"Hmmm… 50. What to do to celebrate reaching that age? I don't feel 50 – and my friends tell me I don't look it. (That's what friends are for!) Do I let it slip quietly by and pretend it's not happening, or do I have a huge (and expensive) party for everyone I know? When a friend suggested a murder mystery party, it sounded perfect. I could invite a dozen or so of my closest friends – some of whom had never met each other – and it would be something quite different. The guest list grew to 16 quite quickly and I searched around to find something suitable. Happy Birthday R.J. seemed ideal – who doesn't fondly remember the Dallas era? It would be easy for the guys to dress the part (suits or jeans + cowboy hats) and, as us gals were all of a certain age, we found that most of us, rather embarrassingly, had kept a few shoulder padded outfits in our wardrobe. I'd never run a murder mystery before and I was a bit daunted by all the info – but I took the advice of old hands on the internet and printed everything off well in advance and sent each guest a 'pack' of information. I also made up notebooks for each guest – and covered the fronts with a picture of SouthFork Ranch!
"Real panic set in when six extra people wanted to join in – I used Ginger Roberts and then wrote in 5 extra characters – which gave me a bit more insight into how the game would run and, although it was a lot of work adding extra notes and cross referencing everything, it was great fun in itself! One last-minute guest had to come as a 'maid' who had no real part other than to help me serve the champagne and food (all Texan of course) – and she was so enigmatic (not having any part written for her) that everyone thought she must have done it!
"Half the fun seemed to be the anticipation – local friends who'd been invited were comparing shoulder pads, diamonds and blue mascaras for a couple of weeks beforehand and the guys were apparently using their commutes to work to 'swot up' on their characters!
"I decorated my house to look like SouthSpoon with lots of over-the-top cheap crystal and candelabra and chandeliers. I also printed off pictures of Dallas and Dynasty characters (like JR and Sue Ellen's wedding photo!) and put them into spare frames and casually placed them around the house among my own pictures!
"I was a bit worried that the reality wouldn't live up to the expectation and had a panic as the big day dawned. But what a blast! From the moment the first guest arrived – a friend of 30 years whom I simply didn't recognise in her guise as 'Sue Helen' – to the moment the guests and Sheriffs tried to solve the murder, I can honestly say I have never laughed so much nor been so entertained. I couldn't believe how well everyone played their part – right to the end. I gave out prizes for the best wig, worst accent, most outrageous outfit and most enthusiastic approach. The other great thing about the whole evening was that it meant everyone had to talk to people they didn't know – and in character they could do it enthusiastically without worrying about being judged. My sister summed the evening up when she confessed that she had been dreading it (if you've not done one before the information you get does make it seem somewhat daunting). She's quite shy and had been terrified of having to 'act' in public. After just two minutes she was so 'in character' and enjoying herself as Dixie that she quite forgot her inhibitions and was really involved in the game. She said at the end that she couldn't remember when she had last enjoyed herself (or laughed) so much.
"I poured the last guest out at 3.00am and am still getting the thank-yous days later.
"A huge success all round and certainly a 50th birthday to remember for all concerned!"
Lin Johnston, United Kingdom

"We have all kinds of birthday parties. Some of the favorite ones have been scavenger hunts until now. Everyone enjoyed Happy Birthday R.J. so now they want to know which one is next. It was a lot of work to put it together because I like to use a lot of props. I even made real invitations. I think the best part was they had to be someone else. So they forgot all about their own worries and had a great time. I have never seen so many people just slip right into character. We ended up having 17 players. I used most of the ideas that were given and I would suggest to use them. They were helpful. I found some little trophies and put the occasion, date, and praises on them (great job--wasn't as bad as you thought--superb job). They like getting a memento of the occasion. I just want to thank you for putting together a great package. I would recommend it to anyone."
Terry Vann 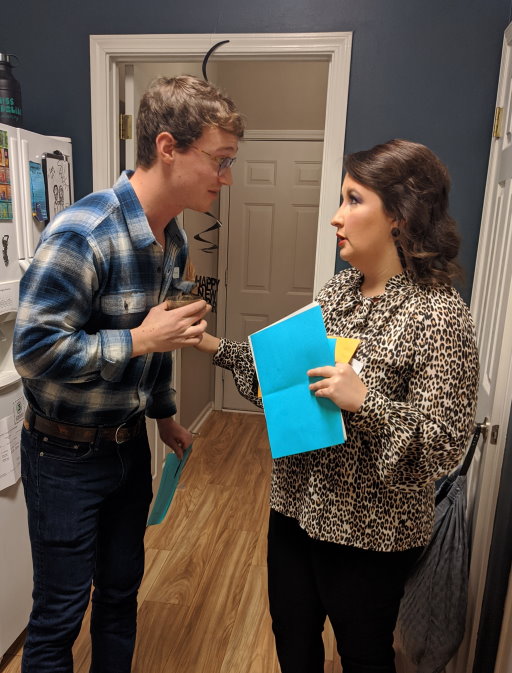 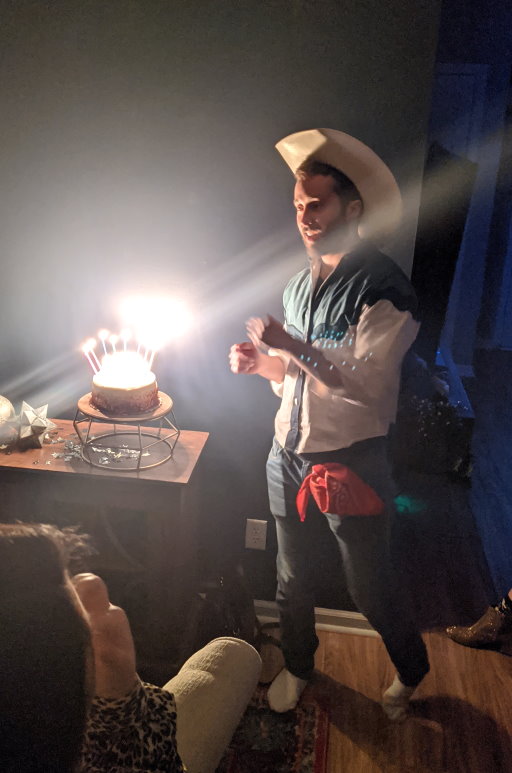 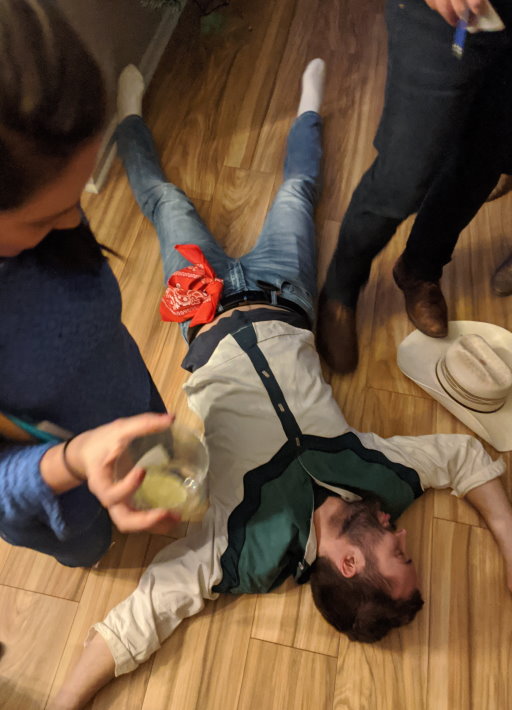 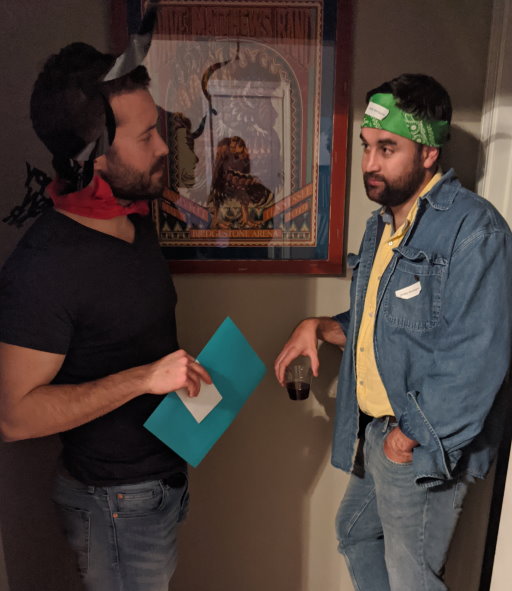 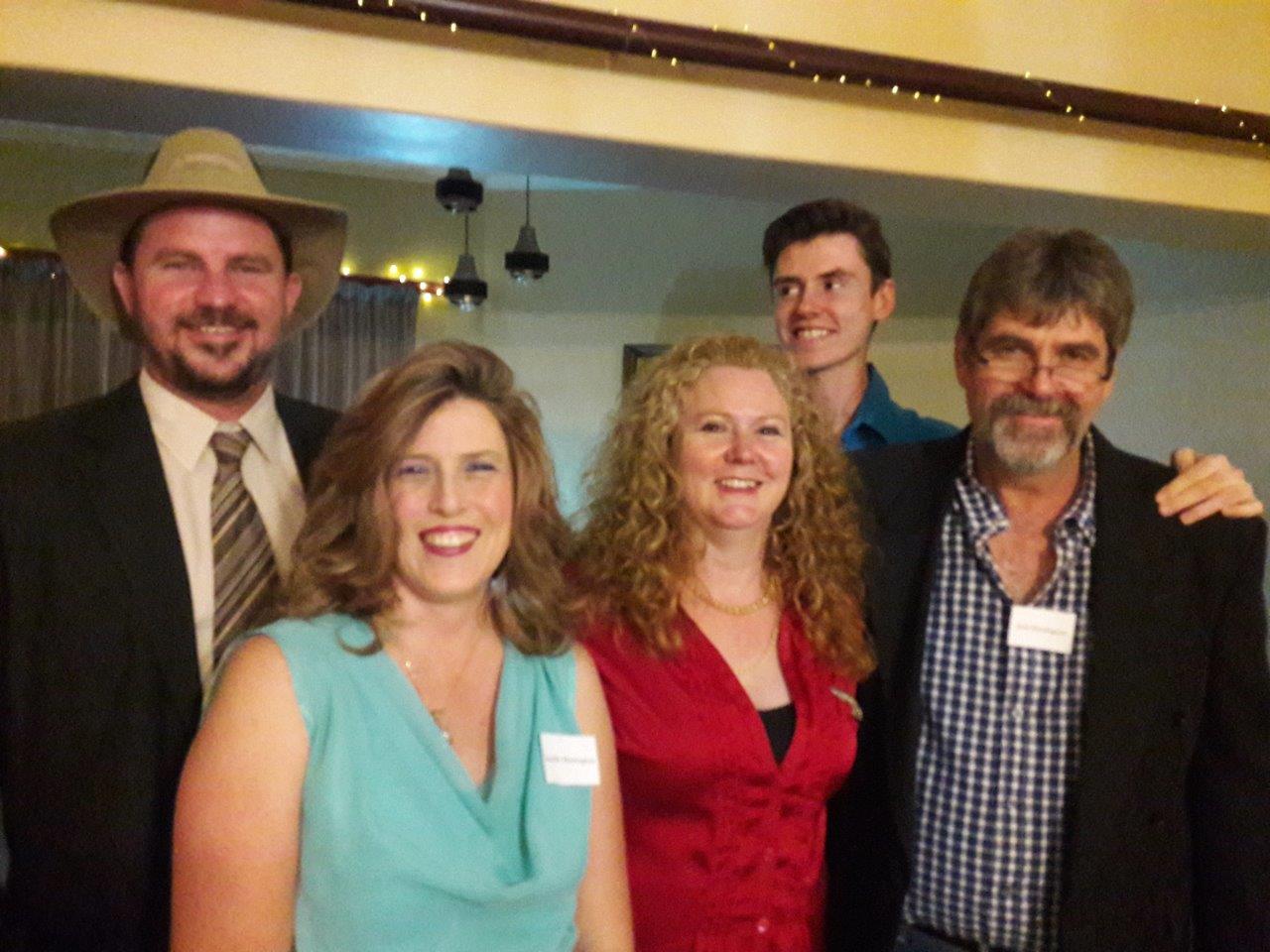 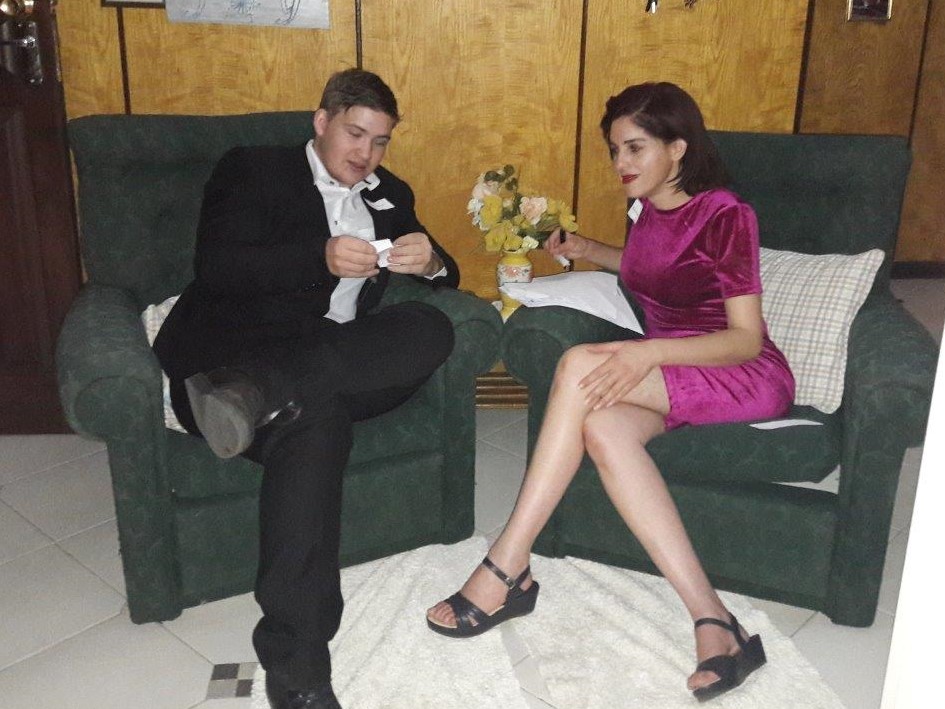 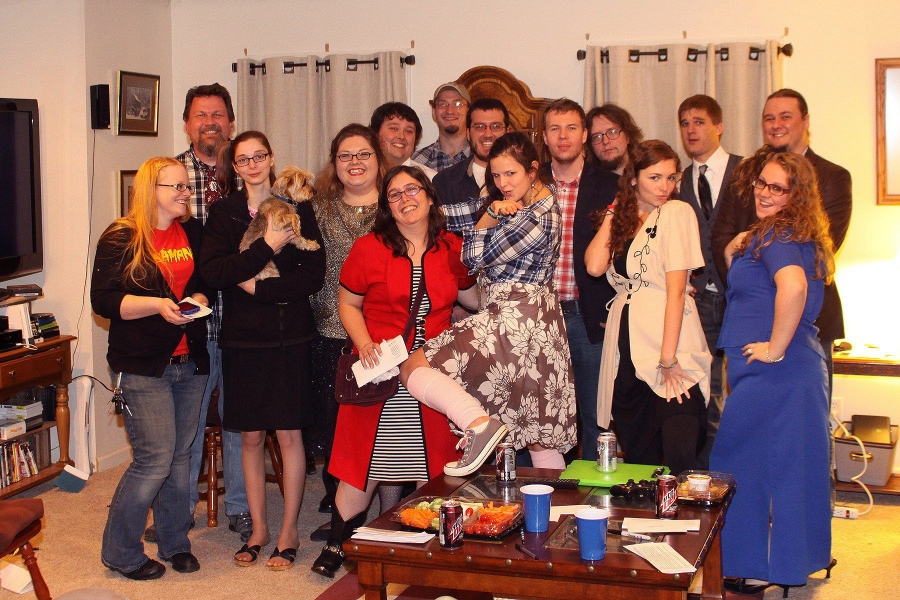 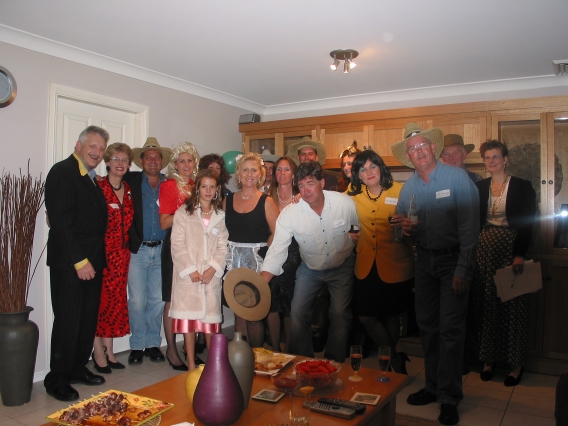 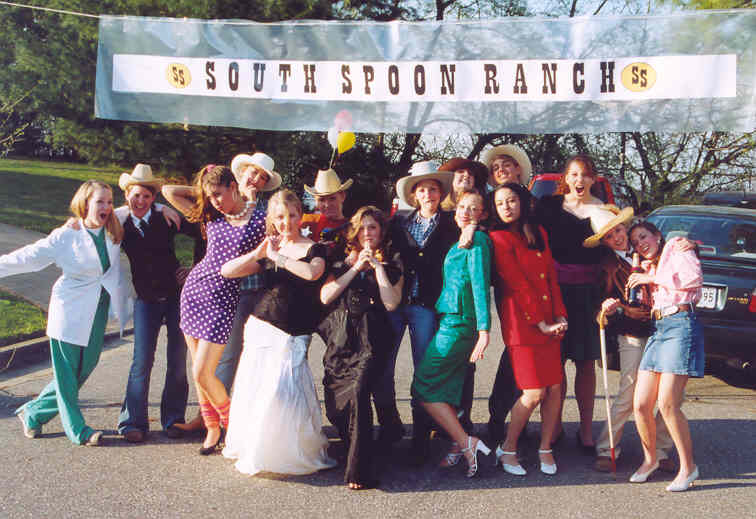 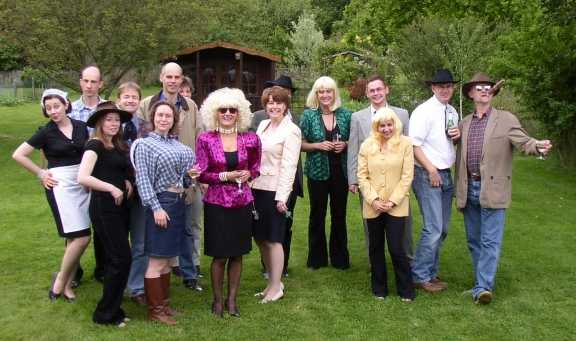