We believe that much of this is thanks to Google’s latest algorithm updates. Over the last couple of years Google has been “improving” the quality of its search results, and it has been targetting spammy websites and other “black hat” search engine tricks. We’ve not employed any black-hat tricks, but we think we’ve been caught in the wash.

So we’re trying to improve our website (you’ve probably seen the redesign), both from our visitors’ perspective, and Google’s. And as Facebook becomes more important, we’re being more active on Facebook. But we’ve still got a lot to learn. 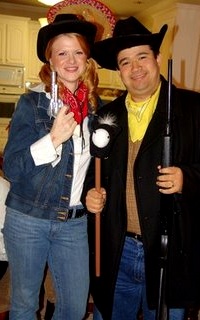 Things we should do better

Our murder mystery games are different from many others in many ways, one of which is that our games need a dedicated host. Instead of playing a detective or a suspect along with everyone else, our hosts oversee play and coordinate events and the rules. 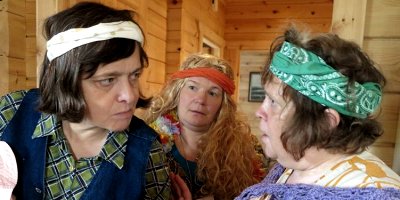 Things get tense at The Karma Club

I know that some people would like to be able to host their game and play in it, but our games really do need a separate host. We didn’t have to write them that way – so why did we?

With our background in tabletop roleplaying games, it was perhaps inevitable that Mo and I would write games that require a “gamesmaster” role in our games. But that’s because the kind of games and events that we want to write about require such a thing. They can’t easily be done without a dedicated host.

So here, in no particular order, are just some of the reasons our games require a dedicated host:

Having said all that, we’ve written before with tips for playing a character and being the host.

But if you want to both host and play our games, then the best solution may be to host one game, and then get a friend to host the next.