In Part 1 I talked about updating Hollywood Lies – bringing it into the modern format, making it completely kid-friendly, making all the characters gender-neutral, and including the extra character pack in the main game. In this post I talk about how I did it. 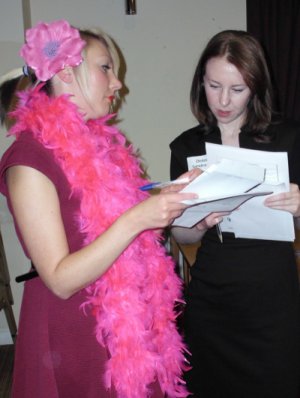 The first thing I did was to prepare the character booklet format. When we first wrote Hollywood Lies our character sheets were on two pages – story on one side, goals and people on the reverse.

Our current format is an 8-page booklet:

Once I was happy with the format, I then cut and pasted the character text from the original files into the new format.

(An aside, Mo and I do this differently. Mo has all the characters in a single document, while give each character their own document. I do this because I’m often switching from one character to another, and I haven’t found a way that works for me when everything is in one document. The downside is that if I need to make a change to a piece of boilerplate text, then I need to open every single document whereas Mo can just do find-and-replace.)

With the characters all in the new format, I then created a character spreadsheet that did two things: ranked each character, and tracked changes.

Character ranking: I ranked each character numerically based on things like the number of goals they had and how much background text they had. This resulted in a score, and those with a low score compared to others needed more work.

This was particularly an issue because at this point while I’d deleted plots (such as affairs and the photos discussed last time), I hadn’t replaced them with anything. So some characters were definitely weaker.

(I didn’t completely rely on the ranking, but it was a good start to identify those characters that needed more work.)

I has used a similar system for for Murder at Sea, which I wrote about here.

The spreadsheet included a tab with all the secrets and clues on them, so that I could check that the murder trail worked. (I didn’t want to make it easy, but it needed to be possible.) Other tabs also tracked who knew who, so that I could fill any gaps.

As I said previously, some plots were removed and I replaced these by fleshing out some of the other existing plots and writing two new plots.

In our view goals shouldn’t add new information but instead they should summarise the background and act as a reminder. So in those cases I moved the Other People information into the background so that the character sheet flowed from start to finish.

I also checked that the balance of Other People was about right – that nobody was left out and that nobody knew too much about one particular person.

Once I was happy with the characters, I then updated the other files such as the instructions, quick reference sheet, and the cards file.

Then followed a thorough proofread, and that was it!

Updating Hollywood Lies seemed to take a long time – but I think I was being a bit ambitious. The two big changes (making it gender neutral and kid-friendly) made a significant impact that I then needed to address, and all that took time.

However, I do believe that the game is better as a result. 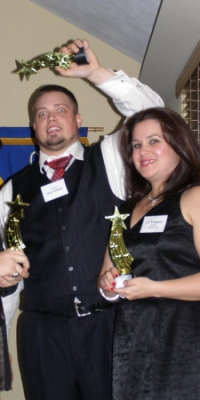