Kids, children, teens, young adults… Whatever you call them, most kids have a great time playing our murder mystery games – possibly even more so than the grown ups!

Here you will find tips for hosting a murder mystery game for kids, along with suitable games for different age ranges.

Love you guys. Love your games. I always had them for my teenaged daughter and her friends and they were a big hit. I was often impressed with how far young minds took their characters. Susan Bull, California 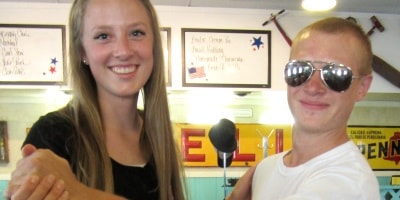 Kids approach and play these games in a different way to adults, and it's worth considering this when you're hosting games for them. Some of the things we take for granted when running games for adults no longer apply.

Here are some guidelines that we've found valuable when hosting murder mystery games for kids ourselves, which you might like to consider. You know your kids better than we do, of course, and some of this may not be necessary for them – and some will be more true of 12-year-olds than it is of 15-year-olds, for example. 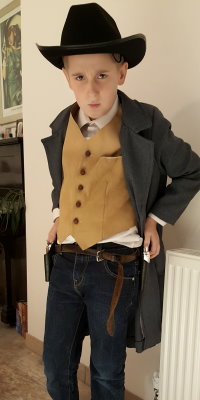 Most of our murder mystery games can happily accommodate a mix of adults and youngsters with no need to change anything, as long as you're careful about which characters you assign to whom.

Here's some great advice on mixing adults and younger kids in the same murder mystery game:

I had 2 grandsons who played Spellbound with us, one 13 and one 9 years old. The 9-year-old played Jason Bennett, and he did a pretty good job from what I could tell. He started out playing with my husband. They went over the part together at the beginning of the game and then my grandson just took off and didn't seem to need any more help, while my husband sat and watched!
We have generally tried to incorporate the younger grandkids by letting them play the character with a parent alongside, so they play together. They usually come dressed somewhat alike in costumes. Some kids are more interested than others. Some pairs play the whole thing together and consult with each other; some follow their parent around, and some parents follow their kid. The younger ones usually start the game and then drift off to play with other cousins and toys in the room: in that case, the parent takes over. Doing it this way seems to work for both parent and child. The game doesn't suffer, as there is at least the parent to play if the child needs help or drops out. Cindy Haacke, Utah, USA 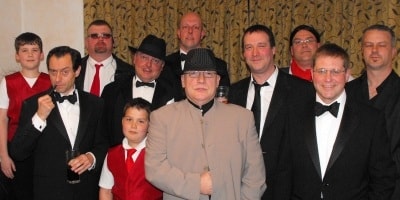 Way out West – We had an adult for Kate and 18-year-old for Christy, and the rest were 11 and 12. They did great and were even trying to settle the land dispute the next day at school! Stephanie McLaughlin, Texas

We have lots of murder mystery party games that are suitable for kids for a variety of age ranges. Click here to learn more about our recommended ages.

For younger kids (and anyone young at heart) we have three party games. They don’t contain a murder, and are team games with lots of activities. 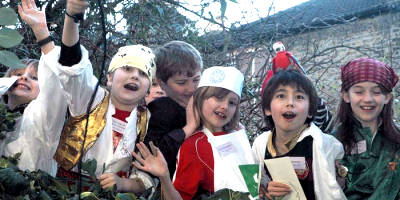 These are murder mystery games (with a murder!) but are suitable for kids aged 12–99!


Last year we played Way Out West for my daughter's 12th birthday. It was such a success that this year we played Hollywood Lies for her 13th birthday. Thank you for adapting the games down for the younger kids. Everyone I ran into for the next few days said their son/daughter had a wonderful time at the party. The kids even wore their name tags to school the next day. I can't say enough nice things about your games. I only hope that you adapt another one by next year. Actually I need you to adapt two. My son wants to have a Freeform Mystery party for his birthday too. Jill Getchell, California 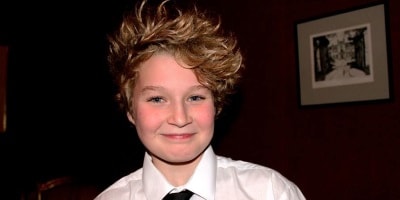 These murder mystery games weren't written specifically for kids, but we believe they should be fine for the mid-teen age group to play. We've included a note of what might be considered sensitive material.

Dazzled to Death – Thank you so much for supplying my birthday with a bit of dazzle! As a 12 year old, all of my friends enjoyed it so much! (I think it's the best party they've ever been to!) I enjoyed playing the part as waitress, as I was very resourceful for all my friends in need, thanks to your simple information!

We've played your games with great success. We use them for our teenage kids' birthdays, and they and their friends really enjoy dressing up and playing. We have to end up cutting the party short – they are usually still locked in secret conversations, plotting to kill someone, stealing each other's money, and a variety of other tomfoolery. Richey Rivers, Texas, USA