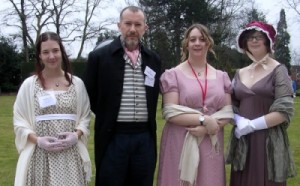 This is another weekend freeform – Sharp and Sensibility where I played the British Prime Minister who, as well as running the country, had to deal with his demanding daughter and her friends.

Freeforms/theater style larps involve giving players prewritten characters in a setting designed to create lots of conflict. After I played my first freeform in 1992, I realised that if you removed the genre trappings (most freeforms are steeped in fantasy/SF/horror) then you could create a game that anyone could play and enjoy.

The main differences between a Freeform Games freeform and the freeforms run at games conventions are:

So when Mo and I talked about starting a business bringing murder-mystery style freeforms to the Internet, “Freeform Games” just seemed to be perfect.

There are perhaps two downsides to calling ourselves Freeform Games. The first is that the name itself doesn’t mean anything very much, particularly if you aren’t involved in freeforming. Second, and probably more importantly, it’s not a particularly good name from Google’s perspective, as it doesn’t contain the words “murder mystery”.

Despite those two drawbacks, I can’t imagine being called anything other than Freeform Games. It suits us just right. 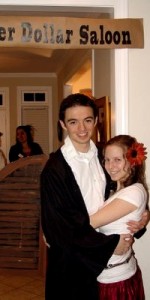