To coincide with the launch of Murder on the Dancefloor, we asked the game’s author, Terence Smith, for a few words describing where the game came from:

“My involvement with Freeform Games began with my 15th birthday in 2010. I was a drama student at school and, along with my friends, played Lei’d to Rest. This was followed by many more over the following years including Under the Big Top, Who Shot the Sheriff?, Casino Fatale, The Night Before Christmas and a playtest of A Will To Murder. 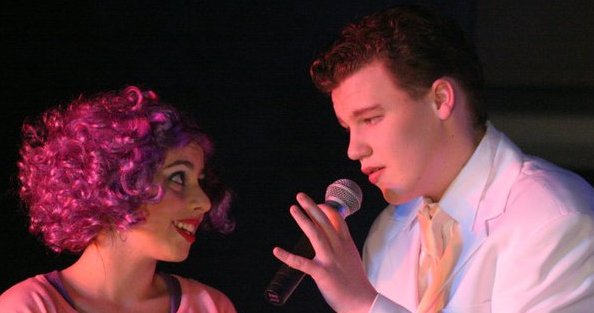 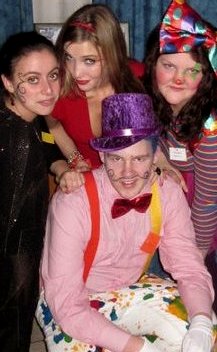 Terence playing Under the Big Top

“The first playtest of Murder on the Dancefloor in 2012 was also the first time I had hosted a Freeform Games murder mystery (until then I’d always played a character while someone else hosted). That was quite an experience! I made some changes to the game, and it was again playtested in early 2014 in England. I was on holiday in the UK with my parents at the time, and I had the pleasure of meeting Mo and helping to host the game for another very successful playtest. I had a real sense of accomplishment from seeing the characters and storylines (revolving around Ricky’s murder and the dance-off at the diner) take place in front of my eyes.”

Murder on the Dancefloor is now available here – we hope you like it!