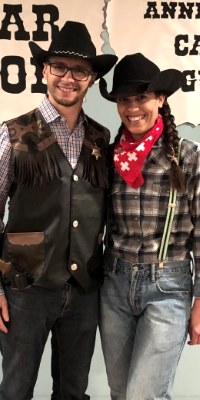 Pickpocketing can be a divisive mechanic amongst experienced freeformers (although I’ve never heard any of our customers complain about it). On one hand it’s a useful mechanic for replicating a real-life skill (one that is thankfully rare); on the other hand it can be particularly demoralising to have spent all game trying to get hold of something only to have it stolen by someone unknown.

My experience is that some players hoard their items, and pickpocketing is a valid way of forcing items to move around the game. But if pickpocketing is so unpopular, what should we do about it?

I’ve been thinking about this, and solving other minor crimes, for a while. I wrote about it on my blog, following Shogun, a weekend freeform. Before that I’d written about solving in-game crimes, and about pickpocketing specifically.

And now I’ve finally done what I’d been promising myself I’d do – I’ve created an optional rules sheet for Investigating Pickpocketing for Freeform Games.

How does it work?

The optional rules come in three parts – one for pickpockets, one for investigators (or detectives, sleuths, reporters), and one for judges.

Pickpockets: Those with the pickpocket ability get this:

They get one of these for each pickpocket use.

(The standard rules sheet has a sheet of these you can print.)

When a thief wants to use their pickpocket ability, they fill in name of victim, item to steal, and their name and then give it to the Host.

The Host then resolves the pickpocketing ability, and adds what was actually stolen (if different from what the thief was after). The host keeps the slip of paper.

So someone who has been pickpocketed can find a detective and ask them to investigate. The detective checks with a Host and plays scissors-paper-stone:

The detective can then go back to the victim with the news that they’ve either identified the culprit (and maybe even have sufficient evidence to try them) or that they haven’t.

Punishment: If proof of the crime exists, then the evidence may be taken to the
Judge, sheriff or whoever is responsible for dispensing justice. They should be given
the following slip in their character sheet:

As a guide, punishments should, if possible, improve a player’s game rather than detract from it.

The intent of these additional rules is not necessarily to punish the wrongdoer, but to create more plot for the players by exposing secrets and shining light on dark deeds. Even if the culprit is known, the investigation doesn’t necessarily result in hard evidence that you can take to a judge. However, that shouldn’t stop the victim from dramatically confronting the pickpocket and demanding their goods back.

Not all of our games have a character suitable to give the sentencing guidelines to. In those games, evidence of pickpocketing can be dealt with during the game wrap by asking the investigating characters what they intend to do.