Despite the best laid plans, sometimes real life intervenes and a guest or two may turn up late to your murder mystery party. Here are some ideas for how you can deal with latecomers. 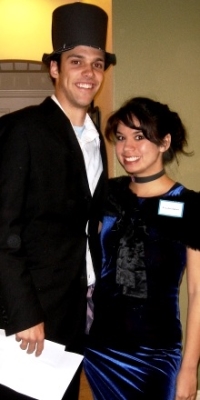 The worst situation is when you don’t find out that someone will be late until they don’t turn up on time. In this situation I would delay the start of game by 10-15 minutes to give the latecomer a chance to arrive.

If they still haven’t arrived, then I’d start the game anyway (although see below). As part of my starting announcement, I’d explain which character was running late and explain that they would join in later. Then, when they do enter the game, I’d make another announcement so that everyone knows they have arrived.

I would also check the game timetable and delay any game events that they need to be involved in.

For very small games (say running Curse of the Pharaoh with only six players), losing one character can be so unbalancing that it may be better to delay the entire game. Similarly, if several guests are late then I suggest delaying the game as long as possible. There’s no hard and fast rule on this – it’s a judgement call.

If a guest has already told me that they will be late, then I can plan for that. For example, if I know who will be late before I cast the game, then I will try not to cast them in a role that is critical during the first part of the game.

Getting up to speed

It’s worth remembering that anyone who arrives late will be at a disadvantage to everyone else. They won’t have had the same time to settle in to the game and get to know everyone. As a result, I might give them a little bit more guidance than normal. If they look a little lost, then I wouldn’t be afraid to step in and give them some advice as to whom they should talk to.