“We usually try to get all the ballots in by mid-game, but since few obey, we accept them until we have votes tallied. You guys are right, it is a great way to wrap of the evening. People enjoy getting them, and the cost is minimal.” 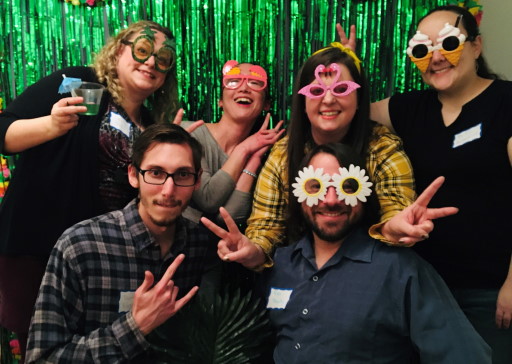 Best Dressed (“We used do best male and best female – now we are gender neutral and do the top three.”)

Best Acting (“Again we use do best male and best female, but we are gender neutral and do the top three.”)

Random Award (The person who added something to make the night more fun.)

Too nice to be a killer

Biggest Ham (Chosen by the photographer who they thought was the most fun when taking pictures.)

Best Dancer (“During Lei’d to Rest we had a mid-game hula contest.”)

Staff Awards: The party hosts chose winners for these two. You can use the most number of nominations from the other players across the other awards, or player who got the most points (see Keeping Score), or any other method you want.

One thought on “Prizes Galore!”