Welcome to another issue of our occasional newsletter. In this issue we talk about:

We're trying something new and we have agreed to sell on our website three games by Peaky Games. You may have heard of Peaky Games before -- we've mentioned them on our blog and both Mo and Steve are members. 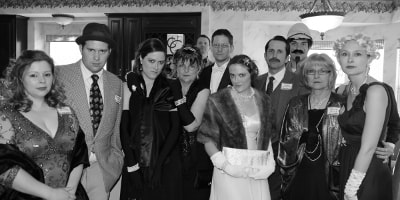 New characters for Court in the Act

We have two new characters for Court in the Act written by Pam Hoffmann and Jeremy Gustafson:

Youu can find these when you download the game files for Court in the Act. 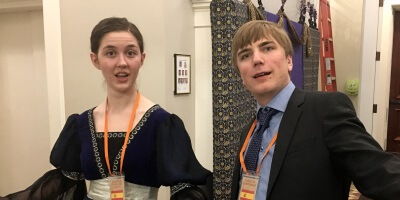 You can read more about how these characters were created on our blog, here.

Helena Mas sent us this spoiler-free video of A Speakeasy Murder, filmed at Cafe Repin in Potsdam, Germany.

How do pirates know that they are pirates? They think, therefore they ARRRR! 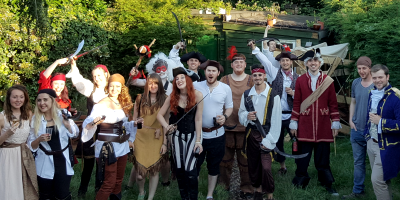 It's under a month to International Talk Like a Pirate Day (September 19) and we have three pirate games for you to choose from:

And remember, to err is human but to arrr is pirate.

Every now and again we are asked if we have a way of assigning points to goals so that our guests can keep score. 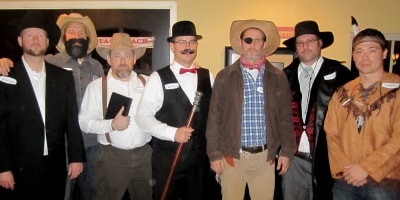 We have never done that, mainly because in our experience is not necessary. We believe you can have as much fun in one of our games if you fail all of your goals, and making it competitive might undermine that. But, if you do want to try scoring one of our games, Steve describes on our blog how he would do it.