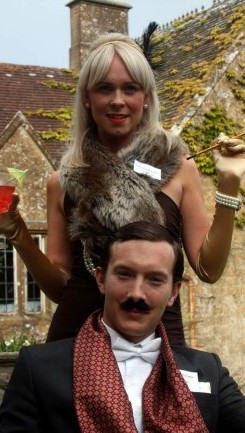 All at Sea was our second murder mystery game and is written by Chris Boote. Apart from amending a couple of errors we haven’t really touched it at all since its release in 2002.

However, since then we’ve changed our game layout (more than once!) and as All at Sea is one of our more popular games, we thought it was worth bringing it up to date.

The most obvious change is it’s title. All at Sea is now Murder at Sea. We changed it’s name for two reasons. The first is that Murder at Sea is a better description of what the game is about, and the second is that putting “murder” in the title of the game helps the search engines realise that our site is about murder mystery games. (If you cast your eye over our current range, that might not jump out at you, and we may may one or two similar changes in the future.)

Here are some of the other changes we’ve made:

If you’ve already bought All at Sea you can download the Murder at Sea right now using the same link and password that we’ve already sent.

Note – the update is for the English version only (at this time).

One thought on “From All at Sea to Murder at Sea”